END_OF_DOCUMENT_TOKEN_TO_BE_REPLACED

Sapiens: A Brief History of Humankind by Yuval Noah Harari is yet another mind-expanding book:

“About 13.5 billion years ago, matter, energy, time and space came into being in what is known as the Big Bang. The story of these fundamental features of our universe is called physics.

About 300,000 years after their appearance, matter and energy started to coalesce into complex structures, called atoms, which then combined into molecules. The story of atoms, molecules and their interactions is called chemistry.

About 3.8. billion years ago, on a planet called Earth, certain molecules combined to form particularly large and intricate structures called organisms. The story of organisms is called biology.

About 70,000 years ago, organisms belonging to the species Homo sapiens started to form even more elaborate structures called cultures. The subsequent development of these human cultures is called history.

I just wanted to share these two very well-done and informative primers on AI and quantum computing by A16z. The latter one made a bit less ignorant about the topic. The former one is rather basic but still interesting.

A fascinating weekend read about AI on Wait But Why:

“Kurzweil then takes things a huge leap further. He believes that artificial materials will be integrated into the body more and more as time goes on. First, organs could be replaced by super-advanced machine versions that would run forever and never fail. Then he believes we could begin to redesign the body—things like replacing red blood cells with perfected red blood cell nanobots who could power their own movement, eliminating the need for a heart at all. He even gets to the brain and believes we’ll enhance our brain activities to the point where humans will be able to think billions of times faster than they do now and access outside information because the artificial additions to the brain will be able to communicate with all the info in the cloud.”

I just wanted to share some excerpts from Waking Up by Sam Harris that I listened to a couple of months ago. It is a great book that covers so many topics: mindfulness, meditation, neuroscience, cognition, emotions and others. It is worth reading in its entirety and I am personally planning to re-read it. So here are some notes:

“Our conventional sense of self is an illusion; positive emotions, such as compassion and patience, are teachable skills; and the way we think directly influences our experience of the world.”

“There is now little question that how one uses one’s attention, moment to moment, largely determines what kind of person one becomes. Our minds—and lives—are largely shaped by how we use them.”

“My mind begins to seem like a video game: I can either play it intelligently, learning more in each round, or I can be killed in the same spot by the same monster, again and again.”

“How we pay attention to the present moment largely determines the character of our experience and, therefore, the quality of our lives. Mystics and contemplatives have made this claim for ages—but a growing body of scientific research now bears it out.”

END_OF_DOCUMENT_TOKEN_TO_BE_REPLACED

Most likely a majority of readers have already heard about this famous experiment, probably on multiple occasions. Those who have not though might find it both eye-opening and terrifying. Here is the brief summary of what has been done:

Milgram told his forty male volunteer research subjects that they were participating in a study about the effects of punishment on learning. He assigned each of the subjects to the role of teacher. Each subject was told that his task was to help another subject like himself learn a list of word pairs. Each time the learner made a mistake, the teacher was to give the learner an electric shock by flipping a switch. The teacher was told to increase the shock level each time the learner made a mistake, until a dangerous shock level was reached.

END_OF_DOCUMENT_TOKEN_TO_BE_REPLACED

Just wanted to share a recent episode of EconTalk podcast by Russell Roberts. This one was with NYU Professor Gary Marcus on artificial intelligence and big data. I found it quite refreshing in its sensible skepticism towards “AI is evil” paranoia that was picked up by the media recently.

There are a lot of different approaches to measure happiness levels in a given country and, of course, they are all imperfect. These two recent studies seem interesting though: According to the latest Gallup, these are the happiest countries:

% Thriving in 3+ Elements of Well-being

And these lists are by the UC Berkeley professors, teaching “Science of Happiness” EdX MOOC:

END_OF_DOCUMENT_TOKEN_TO_BE_REPLACED

I could not find enough time to post here recently. I certainly have been doing more reading than writing. So, I thought why not to share some of things I read? And I decided to tell you about Quora.

As you most probably already know, Quora is a questions-answers website which succeeded in doing what Google and multiple other companies failed at: provide a decent quality of responses.

Several months ago they even created their own book “Best of Quora 2010-2012“, compiled of best answers, available for free download. It covers quite a range of topics. From Steve Jobs to moldy cheese, from neurological basis of curiosity to Jay-Z. I hope to find time and selectively read the most intriguing ones. 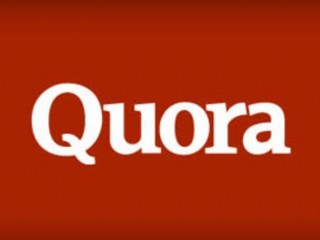 In a meanwhile, here is the short list of questions on the website itself that I found noteworthy:

Add me if you are there.