This is the third post about Japan after the introductory and cuisine ones. Today I want to tell you about classic Japanese tea ceremony which I was lucky to participate in during my visit to Japan in Apr. 2010.It’s best to quote Wikipedia to give you an understanding of the cultural meaning of tea ceremony in Japan:

Tea ceremony developed as a “transformative practice”, and began to evolve its own aesthetic, in particular that of wabi. Wabi, meaning quiet or sober refinement, or subdued taste, “is characterized by humility, restraint, simplicity, naturalism, profundity, imperfection, and asymmetry [emphasizing] simple, unadorned objects and architectural space, and [celebrating] the mellow beauty that time and care impart to materials

But let me show you the pictures from the one I actually experienced and provide few brief explanations.

The place itself was very beautiful with large windows to garden: 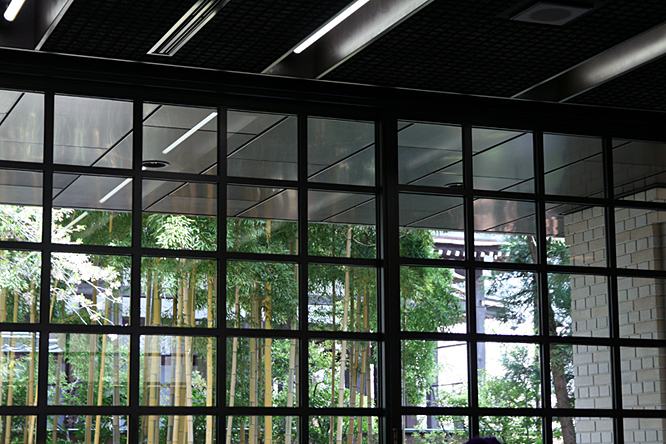 There are lots of rituals prior the ceremony itself but I will omit them for brevity. 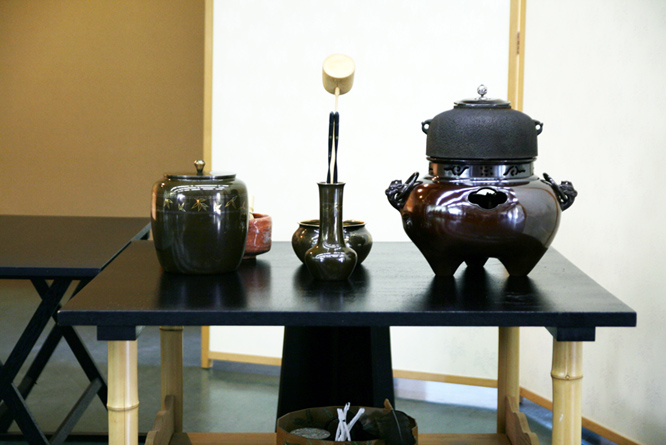 Before the beginning we were offered some traditional sweets: 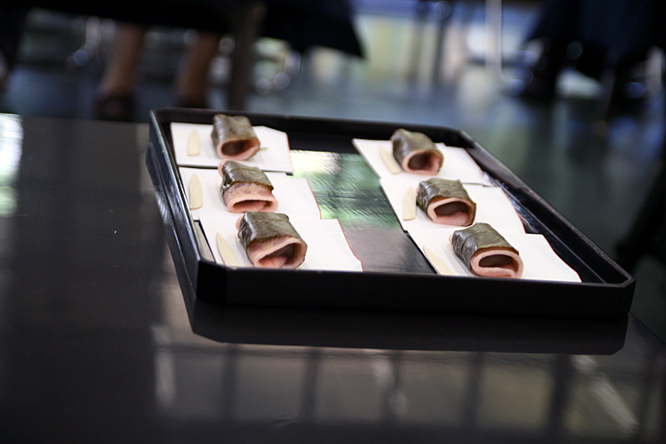 This is the equipment that is used for tea preparation. Napkin is for cleaning the dishes which symbolizes the purification. 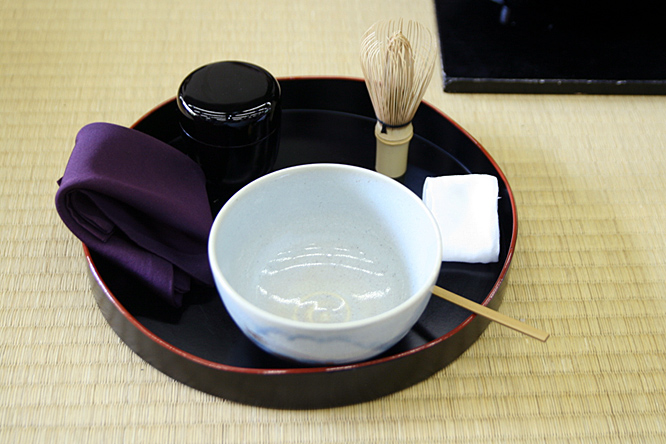 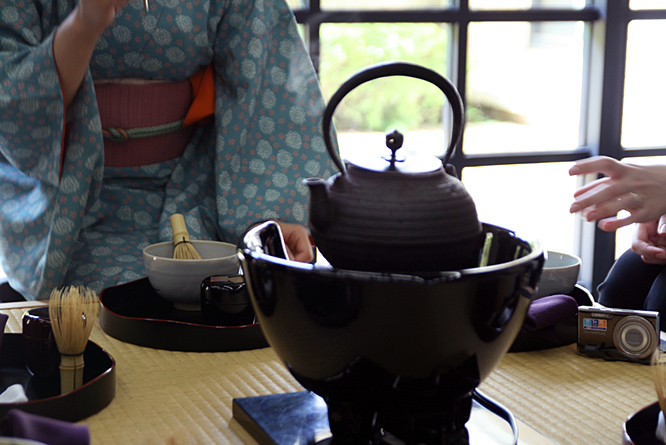 We are being guided through the process of the right way to hold spoon, open container with tea and through all the other details: 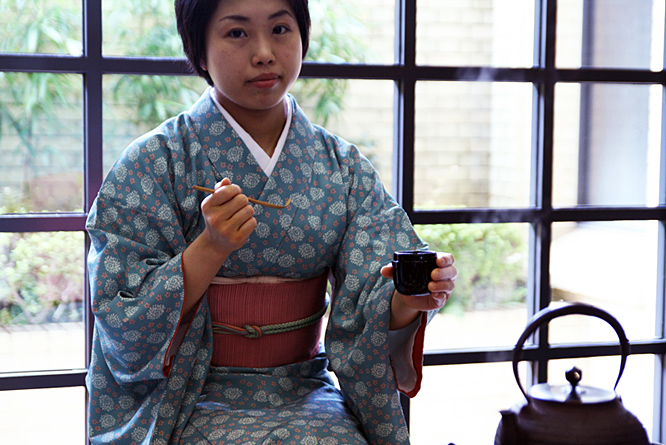 The tea that is used in tea ceremony is my beloved matcha, powdered green tea: 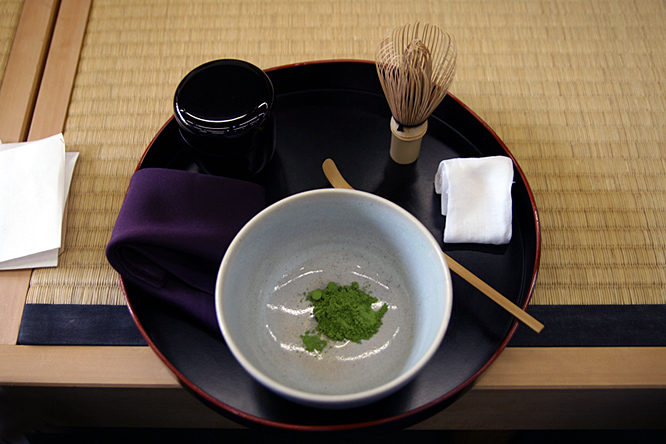 After addition of hot water at about 50-60 degrees Celsius matcha needs to be stirred: 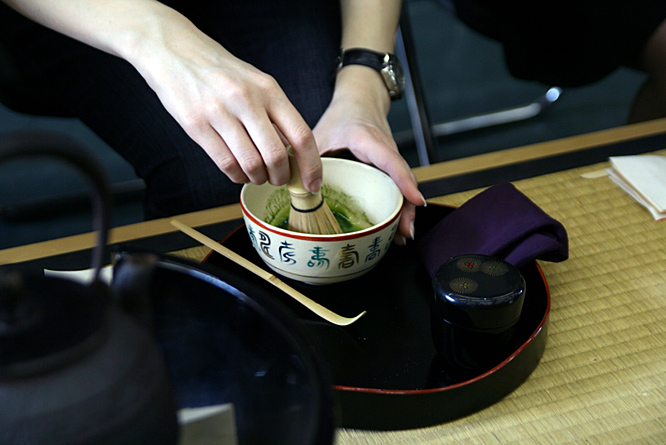 That’s what you get as a result and finally drink: 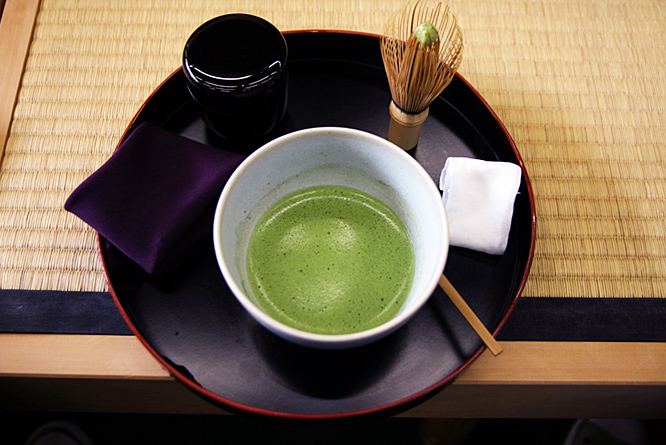 Actually, matcha itself is used in many other ways, including even cakes.

Hope, you enjoyed reading it!