In this post I want to share my experience of preparation to GMAT test and advice on some “DOs and DON’Ts”. It will only be interesting for those who want to pass it and already know what GMAT is, what it is for, and how it is generally structured. Others will probably derive no benefit from reading this article.

So, as we assumed that you have a basic understanding of how test works (if you do not, I would recommend that you read the Wiki article about it), let us skip all the introductory information about the test and dive right into the preparation, my experience, and advice. 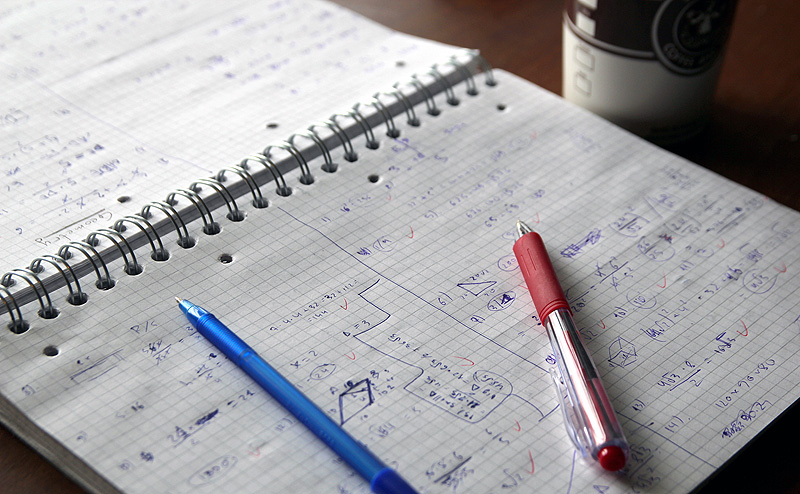 I think, it would be fair to start with my own result to manage everybody’s expectations. Who knows, maybe some of you will leave after this part…

I took the test twice and scored exactly the same, 710. Q49 and V38 — first time and Q48 and V39 — second time. It is the 92th percentile. In other words, 92% of those who took the test did worse while 8% of them did better . Ironically, I received 6.0 out of maximum 6.0 for Analytical Writing Assessment, GMAT section I almost did not prepare for.

Many think that any result starting from 700 is great. However, I personally was shooting for 750+. Prep. tests were in the range of 720-770 (from 94th to 99th percentile). This is where post subject is coming from. You can see lots of “How I beat the GMAT” posts on forums, such as beatthegmat.com. But as my situation is not so univocal, I added “(did not?)” to the title. But regardless of it I am sure that the lessons I learned will be helpful for many.

I personally spread my preparation process over a long period of time. This is probably a matter of personal preference. But a shorter period of preparation of one to three months is probably better. I know people who prepared over a short period of time and did better. I, on the contrary, chose to do it in a more comfortable manner and not to sacrifice too much of work, my entrepreneurial projects, workouts, social life and sleep because I had no reason to hurry and wanted to study thoroughly.

First, preparation will require a relatively strong motivation to pass the test. That is because there are really no shortcuts. Yes, it sounds boring, but you will need to invest a significant amount of time into preparation regardless of the preparation strategy you chose if you want to get a solid score. As most, including me, prepare while working full-time and juggling multiple other activities, something will need to be sacrificed in order to find this additional time. It is just as simple as that. What is even more important is that you will need to persist over a course of several weeks or months.

Also, if you are like me, not a native speaker and never lived in an English-speaking country for a long time, you should probably realize that it is going to be even more challenging as you do not have an advantage that native speakers have. Yes, GMAC claims that the GMAT is adapted for international test takers, but it is still expected of you to have a considerable vocabulary.

This good article shows with numbers that on average it took those who got  700+ score 96 hours to prepare. So, the point is that “I will try it for a while and maybe take the test one day” approach is likely to fail. Committing to a particular plan and a deadline, no matter how limiting it sounds, might actually be liberating in a way that it allows you to set your priorities and focus.

Second, you will need a plan.

I would suggest that you use principles of deliberate practice that I briefly covered before in the blog. Put simply, track your progress, get feedback and adapt as quickly as possible, chose the optimal plan for you, focus on the most problematic areas, etc. Ideally, create a so-called “if – then” plan with a clear time slots that you will use to practice. For instance, “I will study at least for an hour each day before or after work except for my workout days and for at least 4 hours on weekend”.

Before anything else, it is probably better to choose whether you are going to prepare by yourself or attend prep. courses. This is a decision largely dependent on your individual preferences. I personally decided to study solo because people I knew who received good scores chose the same strategy, because I am like to pick my own schedule and rhythm and not be slowed down or, otherwise, pushed by the group. Besides, you will need to spend additional time commuting. In case of Moscow, it would be siginificant time. So, I relied on my discipline. But some may do better studying in a group. As this decision greatly influences the whole process, I will focus primarily on advice in regards to independent preparation

Generally speaking, GMAT does not test any really deep knowledge. It tests concepts most of which you learned in high school, mostly not even in senior years, but it does so in a very tricky manner and sometimes with a special emphasis on subjects that were less important in school. Again, especially, if you are not American and you educational system had different topic priorities.

Probably the best way would be to Beat the GMAT and surf through Self-Study section in upper menu. There you can find good ideas on how to plan your preparation (for example, “A 3-Month GMAT Prep Plan“) and read some success stories written by real people who took the test before: 1, 2, 3, 4, 5, 6, 7, 8, 9, 10. Also, on Beat the GMAT you can subscribe to newsletter with daily mails telling you what to do, but it is only useful to get some food for thought and maybe some occasional useful links. In terms of preparation schedule, I would rather stick to your own plan.

Choosing the right materials is the big part of success. I spent some time researching most popular books in order to chose the best ones. Based on advice of my friends, reviews on forums and rating on Amazon, I would recommend the following:

Manhattan reviews theory in much more detail, gives a strategy advice and groups problems from Official guide and Official Reviews, so you can practice one topic at the time.

I would read in the following order. Skim through general information and theory from Official guide and jump right to Manhattan guides. Use Official Reviews only when Manhattan guides refer to problems from them.

Manhattan guides themselves start with Quant and end with Verbal part. This is exactly the order that I studied in, but I know tend to believe that starting with Verbal might be more effective because if you prepare over a long period of time it is more likely to forget math concepts than lose your skill in verbal as the latter is more general and depends mostly on the logical thinking and language skills acquired over years.

Also, I would not use various sources in your preparation, such as Kaplan and Manhattan, to avoid creating a big mess in your head.

There are 3 very helpful forums: Beat the Gmat, Gmat Club and slightly less popular Manhattan GMAT. It is definitely not a good idea to waste a lot of time reading them every day. But they can be useful when you need to find an explanation to a solution of a given problem. In order to it, just start typing the question itself in Google and, most likely, you will find the corresponding topics on these forums right away. You can also check the reviews of different prep. materials and tests and sometimes find up-to-date information about the test and its changes.

Take them. It is crucial. Prep. tests imitate the experience of taking the actual test much better than solving the problems from textbooks. But tests become useful on later stages of preparation when you already feel comfortable with theory and can solve most of the problems within reasonable time limits.

As you can see on forums, it looks like there are 2 groups of people. People from the first one get a higher score on the actual test than they do on prep. tests, while people from the second one actually get a lower score than they do on prep. tests. Unfortunately, I appeared to be a member of the second group… However, I know some people who were lucky enough to score ~50 points higher on the actual GMAT than they did on GMATPrep. In other words, it is better to very skeptical about tests’ ability to predict your performance on the test day.

Best prep. tests
In my humble opinion, the following ones are the best:

Some people recommend taking a CAT in the very beginning of your preparation to get a glimpse of your current level. However, I chose not to do it and took my first test only when I was done with theory.

Should you take it again?

That is an ambiguous issue. I am generally optimistic, maybe even overoptimistic, and tend to believe that you should always try another time if you are not happy with your result. Besides, you do not have much to lose as schools consider the best result anyway. But see for yourself whether you will be able to find time and patience to study more. Statistically speaking, though, the average increase is not really all that big. But who cares about the averages when we are trying to become an exception, right? 😉

Anyway, I hope you will learn some useful lessons from this post and they help you to get a maximum score with the minimum time investment. Good luck! 🙂