For a long time I wanted to write about savants, people whose intellectual capacities significantly exceed what we consider to be normal. Usually, they have one or two fields where they really shine, but more often than not other abilities, usually social skills are sacrificed. You all remember Rain Man, right?

For example, Matt Savage learned to play piano at the age of 7, gave his first concert at 9 and recorded his album later on. You see him playing here:

What I find interesting and amusing about these people is how vividly they show the the real width of our own abilities and how inefficiently we use our own brain. Of course, personal traits, genetics and sometimes even injuries all play role here. But still all these amazing abilities are somewhere in our heads… And I like to believe that we can find a key to unlock them.

One of the most widely known savants is Daniel Tammet who blows you away with his memory, mathematics & language abilities. Actually he even created one of his own. What is interesting and atypical is that he doesn’t suffer from any significant problems with social skills. If I got you interested you might want to watch the whole movie about him:

He also wrote 2 books: Born on a Blue Day and Embracing the Wide Sky which I haven’t read but they surely seem to be worth it.

By the way, if you think that there are only a couple of people like this out of 6 billions you might be slightly underestimating the number… There is even an article called list of child prodigies in Wikipedia that highlights dozens of kids and young guys and girls who can speak 10 languages, who finished university at the age of 10, etc. One should acknowledge that the list inspires and lower your self-esteem at the same time. 😉

However, life often takes an unpredictable turn for people like this. For example, Christopher Langan who has the highest IQ score recorded for most part of his life worked as bouncer and fireman. Despite all the controversy of IQ-tests it’s still a very interesting story. Here is the documentary about Chris:

Another related topic is High-IQ societies that are only open for membership for those who have the highest IQ. I won’t cover it in detail, just browse through Wikipedia and the websites of these societies if you’re interested.

I don’t know about you but I find these people-fluctuations really inspirational and interesting to understand. I even think that the field is secondary. Whether it’s a science, sport, music or literature. What is interesting is the fact of abnormal abilities or achievements. Anyway, I would be more than grateful if you share some names, books or films on the topic with me!

Daniel Tammet gave his own TED talk win which he discussed a topic of synesthesia: 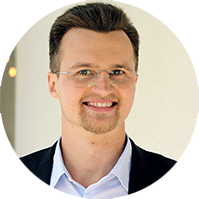