Not a long time ago I wrote a post about My Stroke of Insight by Jill Bolte Taylor. And during last couple of months I listened to two more books: Brain Rules by John Medina and Your Brain at Work by David Rock. Unlike Jill, they don’t tell their own stories but try to give real life recommendations based on neuroscience research.

John focuses on general principles rules of brain functioning which he covers relatively briefly. David on the other hand provides more of a deep dive in various situations that we face daily, mostly at work but views them through the prism of our brain and its biochemistry. Social concepts, such as status, reward and others are explained through things like oxytocin, dopamine & epinephrine.

Those who find such topics interesting can find my notes below. Plus, a couple of great videos of authors’ talks and one fun Slideshare presentation.

I used the actual “brain rules” by John from his website as the basis for my notes and briefly tried to explain main idea of each one. 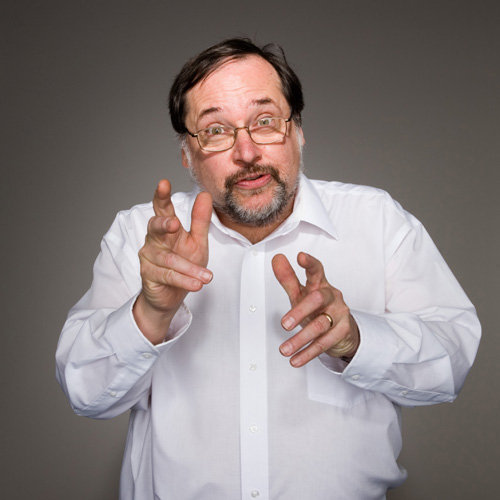 John recommends various kind of physical activity, especially aerobic one, including long walks. He states that if participants of business meetings walked on treadmills with 1.8 mile/hr speed, they would come up with much more creative ideas, not to mention increased memory and overall well-being. By the way, John takes his own medicine. It took him 15 minutes to adapt to replying to emails while walking.

This is one is basically about history. The humankind survived mostly due to our brains as our brains are not all that adapted. Developed brain on the other hand allowed us to create unions with other people and win in the game of life by doing so. John also states that in order to have optimal brain functioning we need to feel completely safe. And based on this premise he critiques traditional corporate open spaces & cubicles as well as school classrooms.

WIRING | Rule #3: Every brain is wired differently.
The concept of neuroplasticity is presented here: tasks that our brains are busy with literally shape them throughout our lives. As a result, we think very differently. Yeah, tell us something we don’t know… Again, based on this concept John describes the typical school as a terrible environment as it fosters uniformity more than creativity and diversity.

ATTENTION | Rule #4: We don’t pay attention to boring things.
We pay attention only to a very limited list of things. Such as emotions, sex, everything that is perceived as a threat, etc. That’s why it’s an art to get people interested in something that initially is not all that exciting. Taking into consideration “deaths from Powerpoint”, there are not so many people who mastered this kind of art….

John recommends to stimulate an audience attention every 10 minutes. For example, you might tell a relevant story, show a relevant video or otherwise engage everyone into active listening.

Here he also states that we’re unable to multitask. Unless everything except for main activity is performed completely automatically. After interruptions it takes a lot of time to get back to what we have been doing. On average, we finish 50% later and 50% more mistakes.

LONG-TERM MEMORY | Rule #6: Remember to repeat.
Same thing that you were probably taught at school. In order to remember something we need to repeat. The difference is that John recommends to do it in 1.5 to 2 hours instead of 1.5 to few days.

SLEEP | Rule #7: Sleep well, think well.
All our cognitive functions are impaired when we are sleep deprived. Those who try to get more done by limiting their sleep time might use it as a food for thought…

Besides, 1/2 an hour afternoon nap can actually benefit freshness of our thinking a lot. But again very rarely corporate offices are designed accordingly. NASA experiment with pilots showed 34% performance increase after 26 minutes of napping.

STRESS | Rule #8: Stressed brains don’t learn the same way.
Stress can be beneficial. But long-term stress is always harmful. For instance, emotional stability in a family is one of the best predictors of the children performance at school.

SENSORY INTEGRATION | Rule #9: Stimulate more of the senses.
The more senses you engage the more likely you’re to remember something. Smell may be a strong trigger for memory. It’s used quite effectively by coffee houses. Think of Starbucks for example.

GENDER | Rule #11: Male and female brains are different.
Incidence of certain mental disorders varies greatly between genders. Also, we react differently to stress: men try to get the gist, while women focus on details more.

EXPLORATION | Rule #12: We are powerful and natural explorers.
We are able to learn, explore and create at any age.

In Google, 20% of work-time is used on projects initiated by employees on their own. As a result, 50% of new projects are born this way.

Also, you might want to browse through a small Slideshare presentation by author or watch his talk at Google below. It’s easy to see usage of his own recommendations in the speech:

2. Your Brain at Work by David Rock

With Your Brain at Work by David Rock I will not try to summarize main ideas briefly as it’s hardly possible. Instead I will just copy my Evernote notes that I took while reading it.

Speaking about note-taking, I highly recommend you to try it! It doesn’t take a lot of time to summarize a book in a couple of passages but it’s very cool to browse through them later on when most of of the material is forgotten. As I read this one in text format instead of audio, notes are few times longer than usual and not very structured because I copypasted most of them instead of writing them down on my own.

But it contains lots of brilliant insights anyway. If not interested you might just practice rolling a scroll on your mouse. 😉 Otherwise, here it is:

Traditionally, I embed video of author’s speech @ Google. BTW you might find his presentation on TEDx as well.